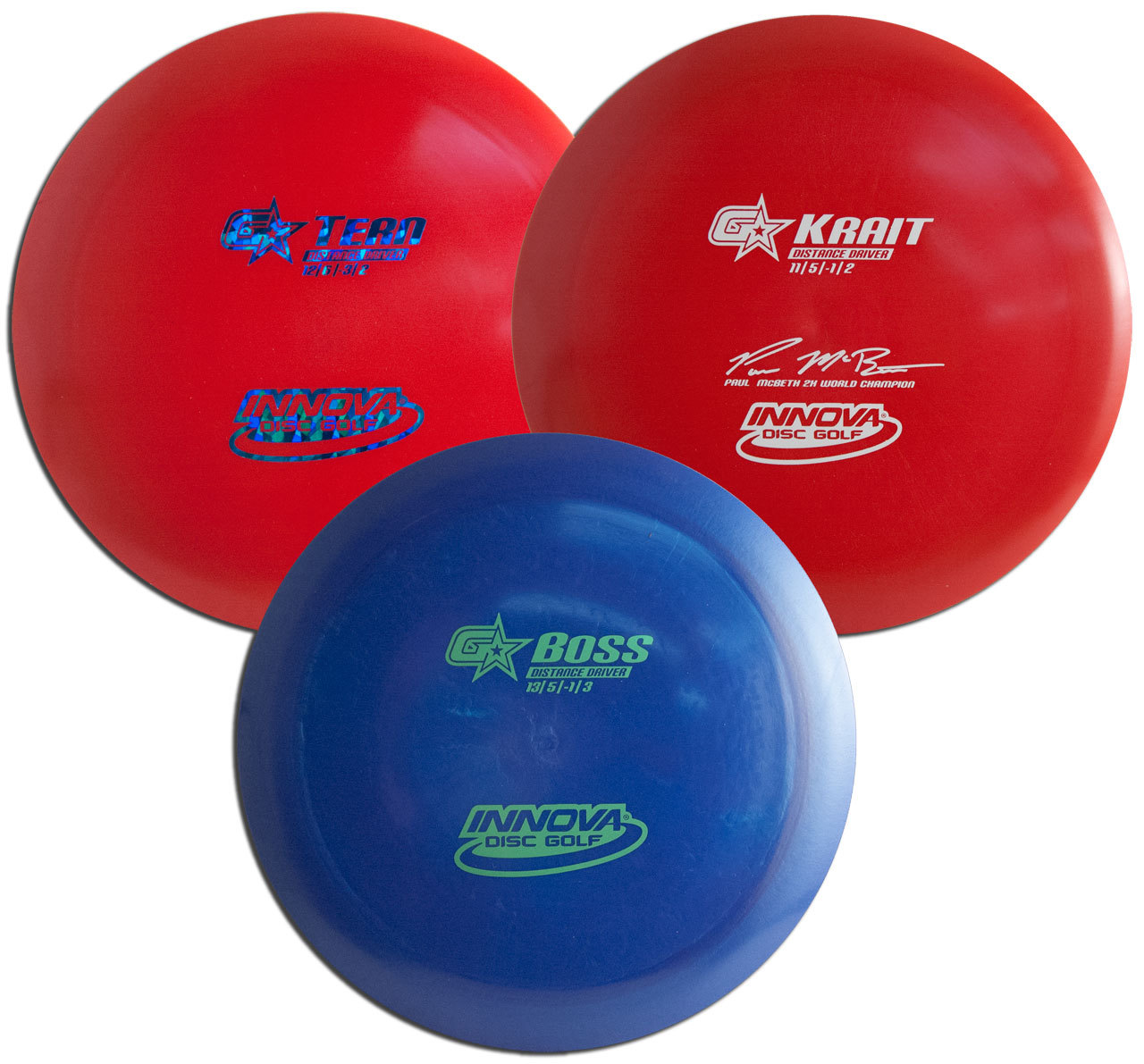 Today we will be covering Innova's popular "cold weather plastic mold, Gstar.  The G stands for "Grippy", and is a variation of the immensely popular Star line plastic.  The flexibility has been compared to Discraft's ESP plastic line, however the shimmer reminds you of Lat 64's Premium Gold line mold. 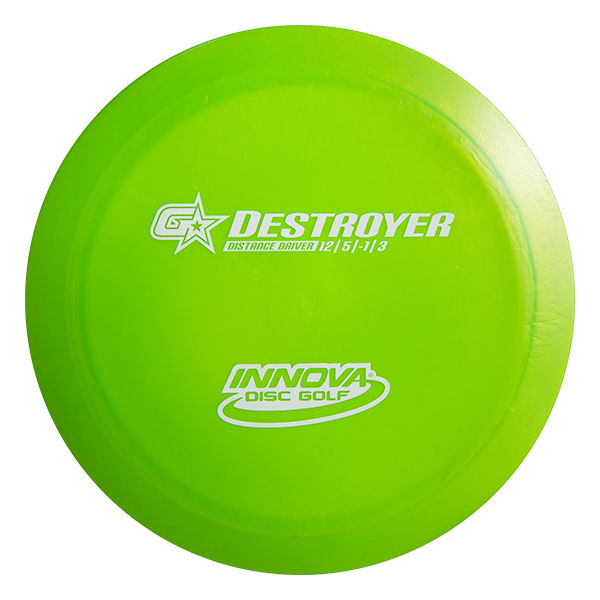 Did I mention how grippy this plastic was? Oh yea. Let's go over that.

One of the most AMAZING things about this Innova plastic is that has roughly the same flexibility during the winter time as it does during the warmer months.  That's one of the reasons there's a few G-Star Discs in our best disc guide.

Because the plastic doesn't stiffen up as much, it absorbs the impact of trees better than any other plastic mold in colder temperatures.

However, during the summer months the flexibility doesn't increase as much like other plastics (Champion, Z Line).

The plastic itself is a very reliable mold that you can rely on to feel the same in all types of weather. 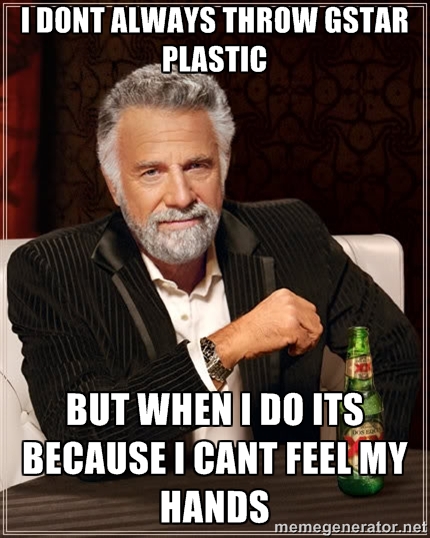 It's a consistent, year round disc that benefits in the colder weather. The GStar plastic also returns to its original shape very quickly after it's been flexed a bit.

With a pretty pearlescent shimmer to it, the GStar Plastic is one of the more popular blends of Innova plastics. The mold was designed for players that want to grip the disc in all types of weather.

GStar has more grip and flex than the Star line plastic. This type of grip ability has not been witnessed in any premium plastic blends EVER before.  It has a sweet metallic finish that makes it look even more appealing than it's sister plastic.

Players who like to death grip their fingers into the rim of the disc will love this reliable plastic blend. Below is a look at the plastic line for the creator himself. 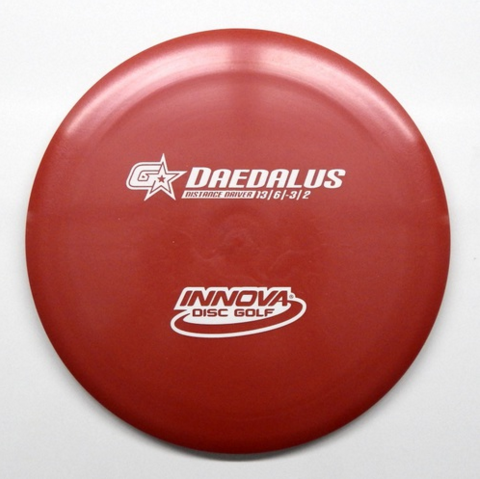 This disc was first introduced in the winter of 2013. It has become a staple in my bag personally, however I don't use it as much anymore since I have moved on to more stable discs.  If you're interested in a full review, check out our In-Depth Daedalus Review. 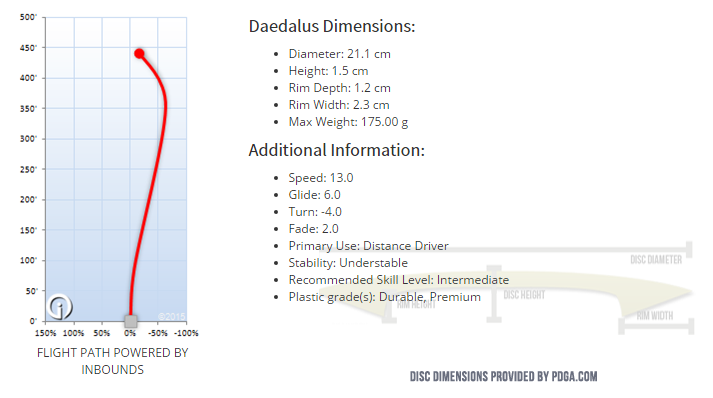 This disc will help you find your form, and it won't bite back when you make a mistake. Without the GStar line coming out with such a strong distance driving disc, I don't think I would have been able to consistently hit 300 ft on my drivesas fast as I did. 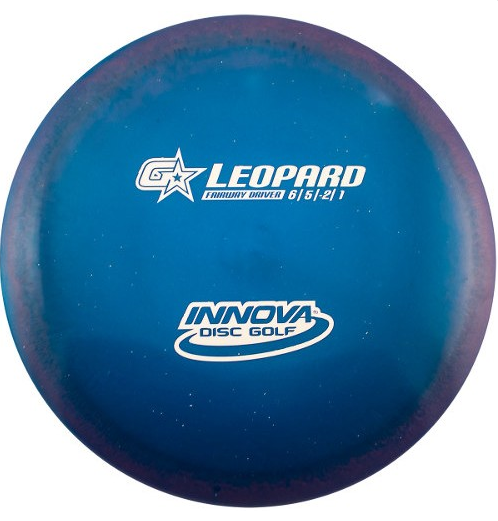 Definitely not the fastest flying disc out there, but it's reliability is unrivaled. You will be able to chuck this plastic out on the fairway for a guaranteed "parked for Par", as long as the hole is less than 300 ft. 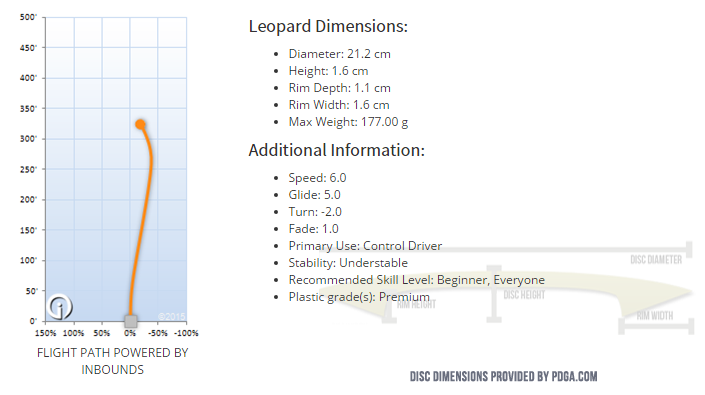 The Leopard will guide you through narrow trees or be your new favorite 250 ft "roller".  As one of the most popular disc golf starter discs, the Leopard in GStar plastic is an absolute must have for your bag. Rookie or Pro alike. 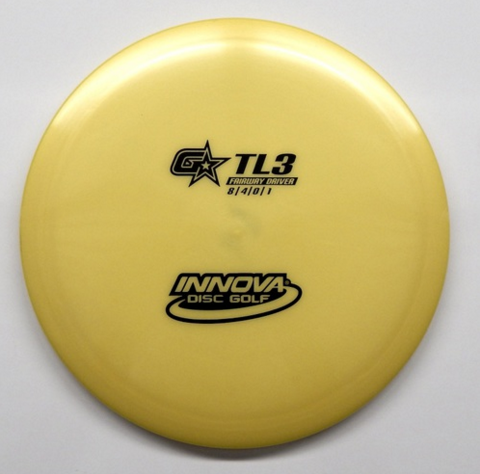 If you're looking for that shot just around 300 ft, than you can finally rest. This control fairway driver from Innova is an evolution from the TL.  With the added benefit of GStar Plastic, seasoned vets and avid disc golfers alike trying to improve their game will find resolution in their choice of picking it up. 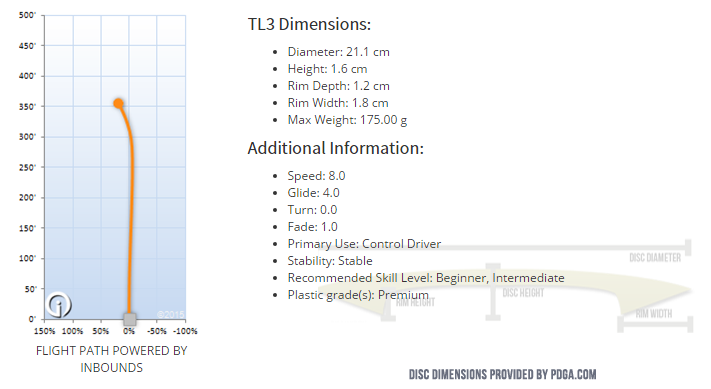 With a speed of 8, a mature snap off of the tee pad will have this GStar plastic glistening in the sun while the birdie you just got will leave you grinning. Seriously, go take a look at it if you think there's ANY holes left in your bag.  Did I mention you can ONLY get this disc in the GStar Plastic? Boom Yay!

The first 12 speed driver by Innova, it has a really thin disc with the perfect sized rim for far distances.  If you're interested in the Destroyer in other plastics, check out our Innova Destroyer Review!

How popular is this disc? It is made in EVERY plastic line Innova makes.  It was a no-brainer that it was going to be made in G-Star plastic. 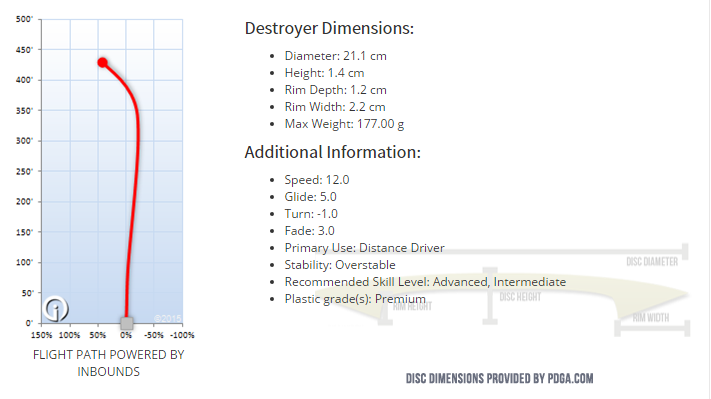 I would not suggest the G Star Destroyer unless you know what you're doing.  AM3 players and higher will enjoy getting more distance out of it without flipping their DX or Pro Line Destroyers. You won't be disappointed.  Definitely check out our Innova Roadrunner review as well! 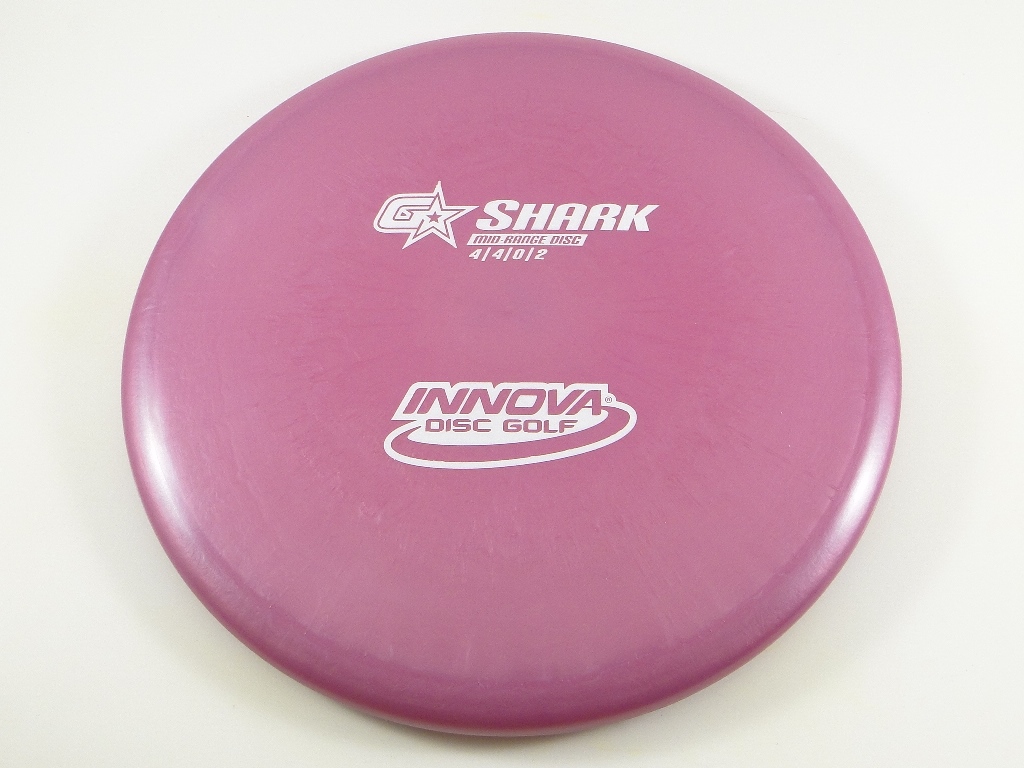 This is just one of those discs. The Shark has been around the block once or twice, maybe even three times.  It should be stated that the Shark comes in the "Innova "Starter Pack" for new disc golfers. That alone should tell you how reliable the disc is for beginners.  Check out our complete Innova Shark review. 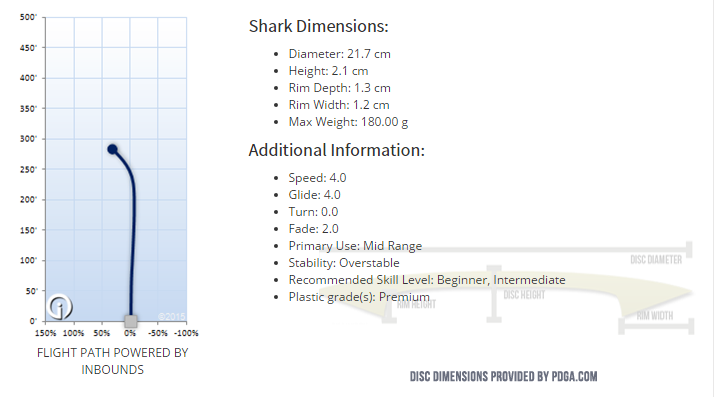 In the G Star blend, the disc might not be most ideal for beginners, but will boast an extremely long durability factor with the premium mold.  If you're looking a reliable tunnel shot disc that has some fade at the end, than you've just found it. 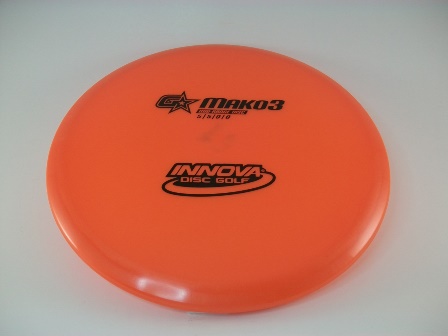 The Mako3 by Innova is a slightly faster version of the original Mako. The disc is a super straight flyer with minimal fade at the end.  I personally don't use the G Star version of this disc, because I have a Champion in my bag instead. 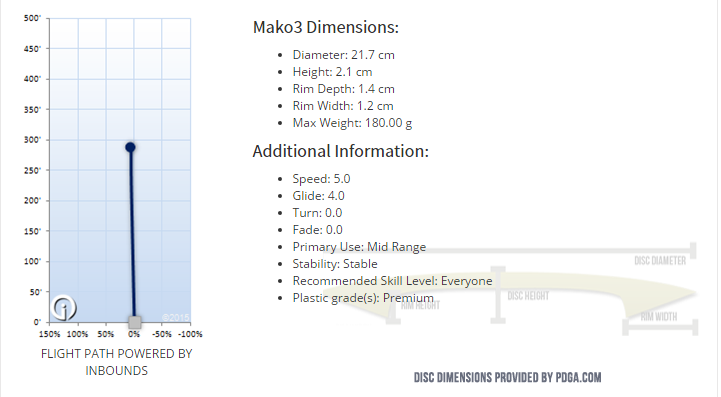 The best part about this disc is it can be used by everyone. All skill levels will find a use for the Mako3 in their bag.   With a good glide rating of 4, it can reach out to 200 ft on a straight path with confidence. The line you throw it on, it the line it goes on.

That's right. Innova G Star Plastic is not reserved for just fairway and distance drivers.  The Rhyno was the first putter to be chosen to be molded into GStar Plastic.  An Overstable Approach disc with a thumbtrack groove, this disc is not for the beginner. 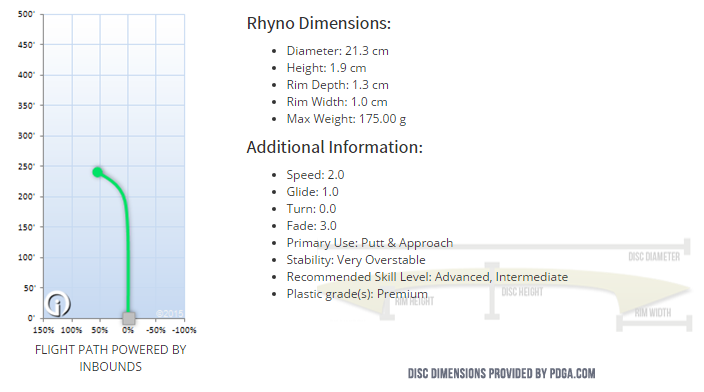 Please be reminded that the Rhynos' glide is not something that is desirable.  But if you currently have a Rhyno in your bag, I'd suggest checking it out. You will already be used to the glide and hard fade finish.

As every disc golfers learn in due time, there will be no for sure way to tell if the disc will work for you or not.  You need to throw it, to know it.  With that I will stress that G Star is a reliable plastic type to try out and own. You will need to test it out for yourself, however it is worth the risk.